From the Gutter to the city that never sleeps, STAPLEGUTTER has arrived.

Birds of a feather run the streets together. The Gutter Cat Gang teamed up with New York based streetwear pioneer Jeff Staple to announce an official GUTTER CAT GANG x STAPLE PIGEON collaboration – STAPLEGUTTER Series One.

STAPLE is a world renowned brand that embodies the life and urban soul of New York City. The infamous Staple Pigeon not only represents the city of New York, but represents Staple’s brand and identity throughout the world of streetwear – since ‘97. Much like the grit of the New York Pigeon, Gutter Pigeons are OGs in the NFT space and represent the hustle associated with grinding in a new era of the Web3 cultural phenomenon.

STAPLEGUTTER Series One is a union of two brands with a shared vision of lighting up the world of Web3 with their unique flavor of streetwear and a shared love of pigeon iconography and the hustle that the pigeon represents.

The mint site for the STAPLEGUTTER Series One drop is linked HERE.

Each STAPLEGUTTER Series One NFT is redeemable for physical merchandise during a six (6) month redemption window that opens November 10, 2022 and closes May 10, 2023.

Upon redemption of a STAPLEGUTTER Series One Skate Deck NFT, the token is burned in exchange for the physical merchandise only.

Jeff Staple is a creative visionary with work encompassing graphic, fashion, and footwear design, as well as his unique style of  brand marketing. He is the founder of REED ART DEPARTMENT (f.k.a. Staple Design) and has worked on creative projects ranging from startup brands to Fortune 100 companies such as: Nike, Jordan, Adidas, NFL, and much more. Jeff founded STAPLE in 1997, the NY-based pioneering streetwear brand with the now iconic “Pigeon” logo.

He also founded experiential lifestyle boutique, REED SPACE in 2001. Today, Jeff is the host of HYPEBEAST’s popular podcast “The Business of HYPE” and is one of the most prominent teachers on SKILLSHARE. He is also a frequent moderator, lecturer and keynote speaker at various industry panels & conferences. 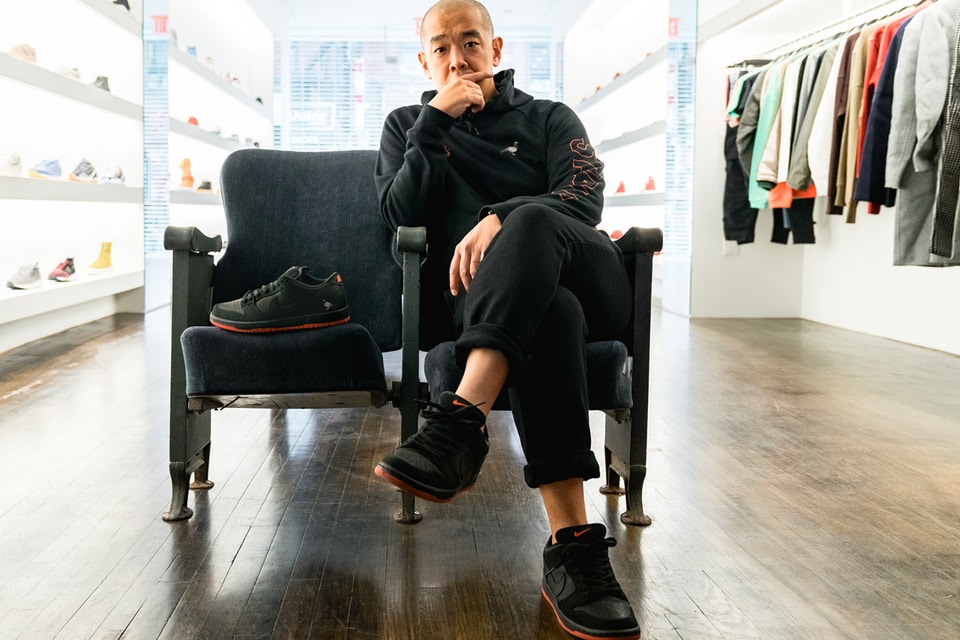 Staple Pigeon is one of the most iconic streetwear fashion companies influencing the influencers for over 20 years and still going strong.  Staple has garnered a cult following, known for quality, authenticity as well as exceptionally made streetwear that speaks to life in any city from around the world.

Originally a representation of NYC, the home city of Staple’s founder, Jeff Staple, the symbolism of the pigeon is many and varied. Ultimately, however, Staple chose the pigeon to stand for the gritty, never-ending energy New Yorkers and all city dwellers possess.

STAPLEGUTTER, a product of our community’s demand. GANG GANG

REDEMPTION IS OPEN FOR STAPLEGUTTER SERIES ONE